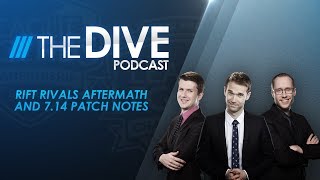 Patch 7.14 focuses on champion balance, buffing up some champions that have been sidelined for a while. Kayn, for example, could be back in the spotlight with new passives. The patch isn’t just about champion balance, though. There are also changes to Taric’s mana regeneration and Cho’Gath’s E Vorpal Spikes.

The latest League of Legends patch notes have rolled out, and one of the biggest changes is to Singed’s passive. He’ll now have 20% bonus movement speed every time he passes a champion within 225 range. He’ll also receive a 10 second cooldown on his ability Noxious Slipstream. This is a huge buff for Singed, as it will allow him to become more effective with his AP. The change also makes Singed more useful in close range. It makes him able to run ahead of opponents, poison them, and use his new Fling ability to flip them over to allies.

The new passive for Singed replaces Empowered Bulwark, which gives him a temporary movement speed boost while passing another champion. The new effect only lasts for 10 seconds, but it will give Singed a massive speed boost when passing a champion. The damage caused by Poison Trail has also been reduced, though its damage ratio has stayed the same. In addition, the clouds are larger, and the ability will now slow enemies for a shorter amount of time.

Cho’Gath has received a buff to his overall kit, which includes changes to his E Vorpal Spikes. The new ability now does more damage and slows all targets. This is great news for Cho’Gath, as it allows him to trade damage intelligently in lane, while also slowing enemies. With these changes, Cho’Gath has become a more complete and powerful hero.

Cho’Gath’s E Vorpala Spikes will slow the target’s max health for three basic attacks. With this new ability, ADCs may begin to shift their focus away from attack speed to damage-oriented snowballs.

One of the most significant changes to the Taric class is the new buff for mana regeneration. The new buff also improves the passive, which grants charge on basic attacks. This should make it easier for Taric to survive the laning phase.

The new buff grants a small amount of extra tenacity for the first 0.75 seconds. This passive effect also scales with the amount of AD a champion has. The change will not affect a champion’s mana regeneration while it is on cooldown. This buff isn’t a massive deal, but it will make it easier for a hero to deal damage to his opponents.

There were also a few other changes to the mana regeneration of heroes in the 7.14 patch. For instance, a champion who can cast spells can no longer cast their most recent ability when they walk into range. Another change was to the duration of a champion’s passive ability. Previously, a champion could cast their ability and then regain a little mana as a result of the buff.

The changes in Tempest have not been too substantial for all players. There have been several changes to the champion in this patch, including a new passive. The new passive is called “Lock On”, and it deals 400 damage over 14 seconds to both ground and flying targets. The new passive will also allow Infestors to move through affected units. The changes to Tempest’s spells should make them more viable to use in certain situations.

The Tempest’s passive will now grant additional charges to basic attacks. It will also grant the character a mana regeneration boost, and this will be a big help in laning.