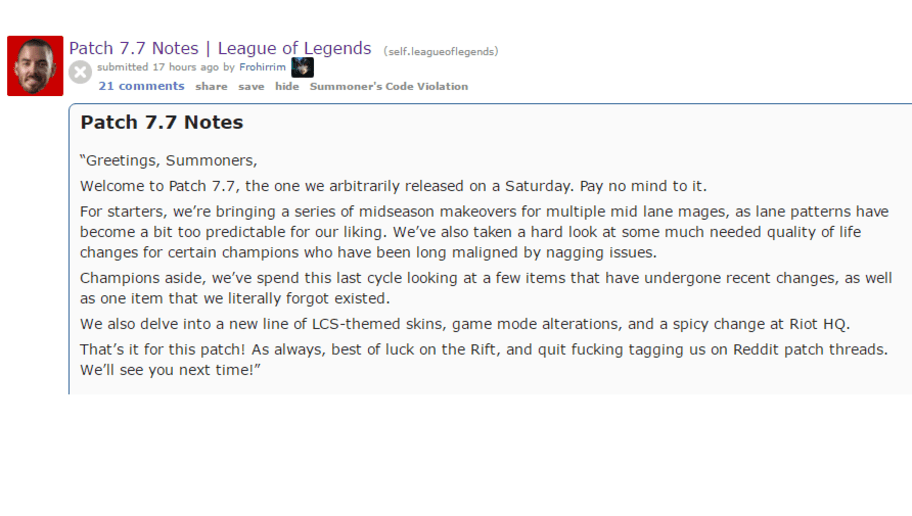 Amumu has received some significant buffs to her passive ability, “Curse Touch.” Cursed Touch now deals extra true damage to enemies and reduces magic resist, making her a much more viable jungle champion. It also boosts her passive’s tick speed and applies the “Despair” debuff more often. These changes will make her more effective in clearing enemy camps, and add a new dimension to ganking.

Among the changes in League of Legends 7.7 patch note is the Bard’s chime collection. Now, the Bard has an extra chime tier, which gives him extra meep damage. In addition, there are no longer any damage-only tiers for the Bard, and all the others have been restructured to accommodate nine meeps. While the Bard’s damage is still vastly inferior to other characters in the game, the new chime collection changes can help him deal more damage in the game.

The changes to Bard’s chime collection will also affect the damage of the Bard’s chimes. The chimes will no longer heal non-champions, and the duration of R has been shortened.

The changes to Ryze’s AP in the League of Legends 7.7 patch notes are significant. He will now be able to channel his massive power to increase his AP and damage. Additionally, he will have better mana scaling, making him better suited for building AP items before stacking health.

In addition, Ryze’s AP is now 5% higher when creating portals. This new passive also gives Ryze a 5% bonus AP each time he uses his runic ability. He can now unleash a runic portal in a direction, and teleport there after a 1.5-second delay. He can also summon a portal underneath a champion, hurling it at another portal. Lastly, his ultimate remains unchanged.

Changes to Shaco’s ability to gank

ADC mains usually have at least one marksman, and Shaco has a nice passive that gives him extra damage when chasing an enemy. Moreover, his Q and W abilities allow him to temporarily enter stealth mode. This ability helps him kill blue golems in particular.

A new PBE update has been published, featuring tentative changes to Shaco’s ganking ability. It also includes the addition of an ARSR mode for RGMQ testing. However, these changes are not yet live and will likely not be ready for 7.7.

Blade’s Shadow’s passive has undergone a few changes in the 7.7 patch. Its effect has changed, with its damage and bonus AD reduced. The cooldown has also changed from 14 to 16. In addition, its buff effect has been changed. It no longer heals non-champions. It also has a reduced HP and attack speed.

The passive will no longer heal Yone, but it will now grant more healing to nearby allied champions. Yone will also have more access to her ult. The health and armor regeneration effects of her W will also be improved. Her ultimate will now apply her passive after dealing damage. Lastly, her damage tiers will no longer be damage-only.

The mid-patch 12.5 nerfs haven’t refinanced her hypercarry identity, but the changes to her passive will help her in top-tier lane. AP items will now be better stacked and have lower cost than before. The changes to Blade’s Shadow’s passive will also help her survive longer.