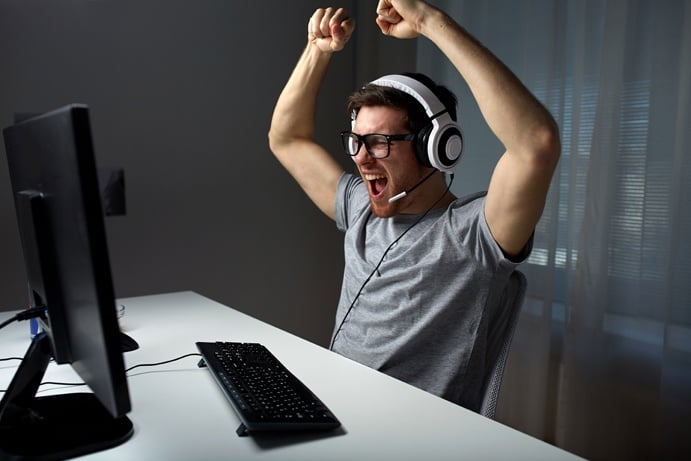 The psychology behind League of Legends’ addictive nature isn’t always easy to decipher. It can include the sunk-cost fallacy and elo hell. However, there are steps you can take to counter these psychological traps and increase your enjoyment of the game. Read on for more tips!

If you’ve recently started to lose a lot, you might think you’re stuck in elo hell. This isn’t necessarily true. Most players who lose often are actually playing at a rank they deserve. If you’re at a lower or higher rank, your losses and wins will balance out. Otherwise, you’ll find that you’re hovering in the same division for a while until you improve.

Elo hell is a myth that has nothing to do with mathematics and is more likely to impact the psychology of a player than the maths behind the statistics. The idea of Elo hell is damaging to the experience of the game’s player base, and it should be dispelled altogether.

The premise behind this psychological phenomenon is simple: a player who drops a significant number of Elo points will eventually drop to a lower level. While this is a valid explanation, it fails to explain why a player with a high Elo can suddenly find themselves in an Elo hell. If the player drops significantly, he is unlikely to admit it. Instead, he will simply claim he’s improved. If a player is in a high-level Elo Hell, it’s a sign that they’ve made some mistakes.

If 10 players with an s-elo of 1200 each play a 100-game series. In the first 100 games, the team with the lowest player always loses. But the team with the highest s-elo wins more often. Moreover, the low-level player elevates the elo of everyone else in the team.

A sunk cost is a cost that cannot be recovered, whether it’s time or effort. The value of time cannot be measured in cash, but it’s far more valuable than effort. A sunk cost is a psychological trap that prevents people from making the best possible decisions. By recognizing this psychological trap, you can empower your logical mind to take control of your decision making.

Sunk cost fallacy is similar to the gambling fallacy. Players may think that they have already spent money on an item when, in reality, that expense isn’t actually paid. The sunk cost fallacy prevents players from taking breaks or quitting. It’s a similar psychological phenomenon, which results from a decision-making process that favors preferences over facts.

Another common example of the sunk cost fallacy is the unwillingness to accept a loss. For example, an investor may purchase a stock at $35 and later discover that it’s no longer a good investment. However, the investor still holds onto the stock because he doesn’t want to take a loss. He still wants to get out of the stock, but he doesn’t want to lose any money.

The sunk cost fallacy has been observed in several studies. In one study, Arkes and Blumer conducted an experiment to show how people make decisions based on the sunk cost. They had participants imagine that they had to spend $100 on a Michigan ski trip while they could spend $50 on a Wisconsin ski trip. While they both thought that they would enjoy the Wisconsin ski trip more, the participants’ decision would depend on which of the two tickets was available at the time of the experiment.

The “sunk cost” fallacy, which refers to past investments that are no longer of value, can affect people’s behavior in several ways. The fallacy is associated with risk aversion and social consistency motivations. It can also impact a person’s desire to avoid appearing wasteful. Several studies have identified the psychological processes associated with this fallacy. In the League of Legends context, this fallacy has important implications for human decisions.

Research on the sunk cost fallacy has found that people who have made purchases that were impulsive and costly may be more likely to commit this fallacy. The fallacy can also be linked to binge eating disorder and symptoms of depression. Thus, it’s important to learn more about this psychological fallacy in order to avoid it.

The “sunk cost fallacy” is a psychological barrier that prevents people from achieving their goals. This fallacy occurs when people continue to invest in an endeavor even though it is unlikely to produce the desired results. If they were to abandon their initial decision, it could be perceived as an admission of failure, and would make them look inconsistent. For this reason, people escalate their commitment to the initial decision to justify their “correctness.”

A common example of this bias is the interpersonal sunk cost effect. A person may choose a better option than an inferior one, just because someone else invested their time and money into the latter. A person may also feel more strongly about a less desirable option because they consider it less expensive.