The University of Utah Hosts a League of Legends Team 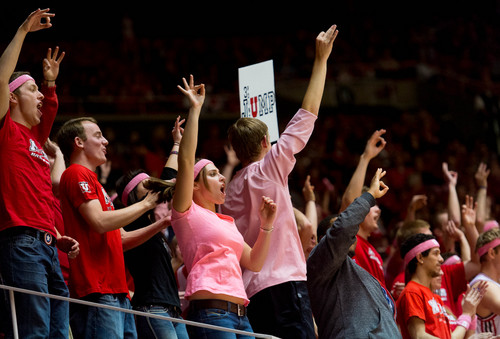 The University of Utah is one of several colleges in the country to host an esports team. It focuses on three main criteria when choosing which games to add to its roster: student interest on campus, collegiate infrastructure to support varsity teams, and propriety of content. The director of the Utah program is interested in adding Valorant and various fighting game titles to its roster. The program director also aims to involve as many students as possible in esports, including collegiate esports.

esports at the university of utah

A senior studying interaction design, Danny Finnegan is a part of the Electronic Sports team at the University of Utah. He began playing competitive video games at age 16, competing in Super Smash Bros. and League of Legends tournaments. He won his first tournament, a double-elimination event, and has continued to compete ever since. The Utah program focuses on three primary criteria in selecting games for its roster: student interest, collegiate infrastructure, and propriety. In addition to League of Legends, Utah has also been looking into other games like Valorant and various fighting game titles. The director stresses that the university is interested in all aspects of the esports industry.

Utah’s varsity esports program is a unique initiative. It is the first school in the Power Five conference to make esports a varsity sport. The program is aimed at providing students with the opportunity to compete with other collegiate teams in League of Legends, Overwatch, and other games. Utah also offers thousands of dollars in scholarships to help its students participate in the sport.

The university’s varsity esports team has been a huge success. It is now a model for other schools. Besides providing the opportunity to compete against other collegiate teams, the program offers degrees in video game-related fields. For example, undergraduates can take courses in video game design through the university’s Entertainment Arts and Engineering Program.

esports teams at other schools

More universities are becoming interested in esports, and the number of varsity teams is growing. Currently, there are varsity esports teams in 17 US states and the District of Columbia. The competitions are competitive and a team will often have coaches who will oversee drills, strategy, and game footage for competitors. In the US, esports teams are also offered in high schools and summer schools. The competition is even recognized as an academic activity in Russia, where Vladimir Putin supports school-based esports tournaments.

Illinois Wesleyan University is a private liberal arts college that started competing in esports in the fall of 2018. The university’s esports team plays the popular MOBA game League of Legends. Its esports facility is located in the Hansen Student Center, and it contains seventeen Alienware computers. Five of these computers are reserved for the team’s members.

While most collegiate esports teams are organized by a gaming club, small schools are often more likely to integrate the esports community into the university’s culture. They may use it to attract students and recruit students for athletics and admissions. Larger schools might have esports teams from gaming clubs.

Miami University is a D1 athletics school that started an varsity esports team in 2016. The school’s Overwatch varsity team won the NACE Overwatch Tournament in 2017 and a tournament the following year. The university has also created a Junior Varsity esports program for students who want to compete without committing to the varsity team.

The University of Utah recently announced that they are offering League of Legends esports scholarships to students. The school is one of the first in the Power 5 conference to offer such a scholarship, which will be a great help for students who want to pursue a career in esports. Students who are interested in joining the team can visit their website to fill out the form.

The University of Utah’s League of Legends esports scholarship program is designed specifically for high school seniors who have been playing the game for several years. The applicant should have an overall ranking in the Gold to Challenger range. They should also have strong communication and leadership skills. In addition, they should have a strong work ethic.

Another way to apply for a League of Legends scholarship is to play the game for a team or organization. Many non-Power 5 universities already have varsity teams. While this might be a new arena for college sports teams, it could be a good place to start a friendly rivalry between colleges.